Our swimmers had been asking for a set where there was some sort of group incentive or group goal. I was happy to oblige with the set below (SCM). 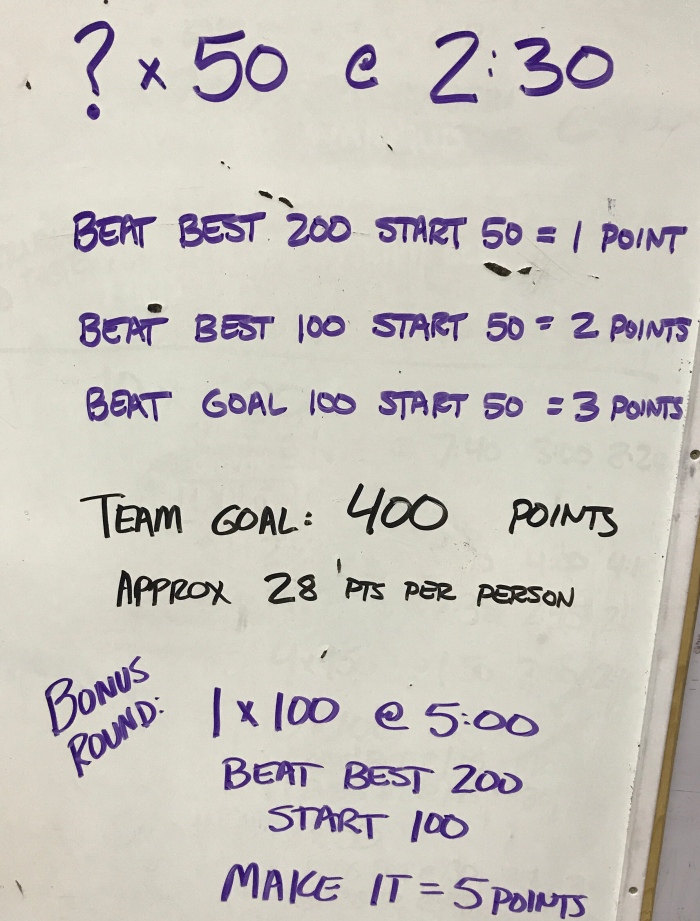 Time goals were derived from the pace cards available on our Tools for Coaches page.

At random times in the set, we would do a 100 instead of a 50 with the stated goals.

As we started the set, I was concerned that it might take us a LONG time to get to the 400 goal. We got to 100 points relative ease, then to 200 it took a bit longer. As fatigue began to build (even with an ez 100 thrown in), the points started coming a bit more slowly, though the team stayed positive and supportive. After about 50 minutes and just shy of 300 points, I offered “get out swims” to 3 swimmers. We ended up with some phenomenal get-out swim 100s, and concluded the set. If I would do this set again, I might structure the points system slightly differently, but I was still pleased with the effort and the results we got.