This set (or something very similar) was given to me by Jon Jolley, Head Coach of the Hickory YMCA, who used it with his star pupil Ross Dant. Jon says it was given to him by Eddie Reese, legendary Texas and US Olympic coach. We gave it a spin, and it was definitely a good one.

The idea is for the red set to be at a relatively tight interval. The blue is essentially active recovery on the same interval. Do a good job descending, and it’s pretty demanding. 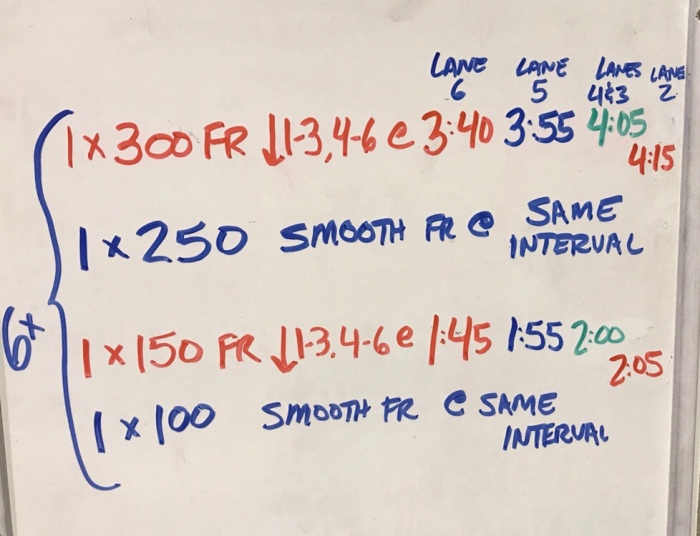